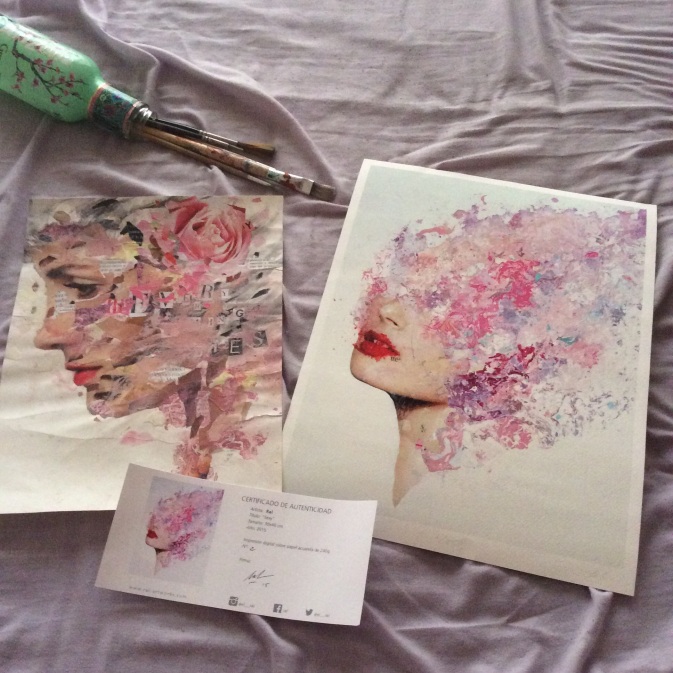 Little gifts from my Spanish painter

The first painting I ever saw of Ral Huerta 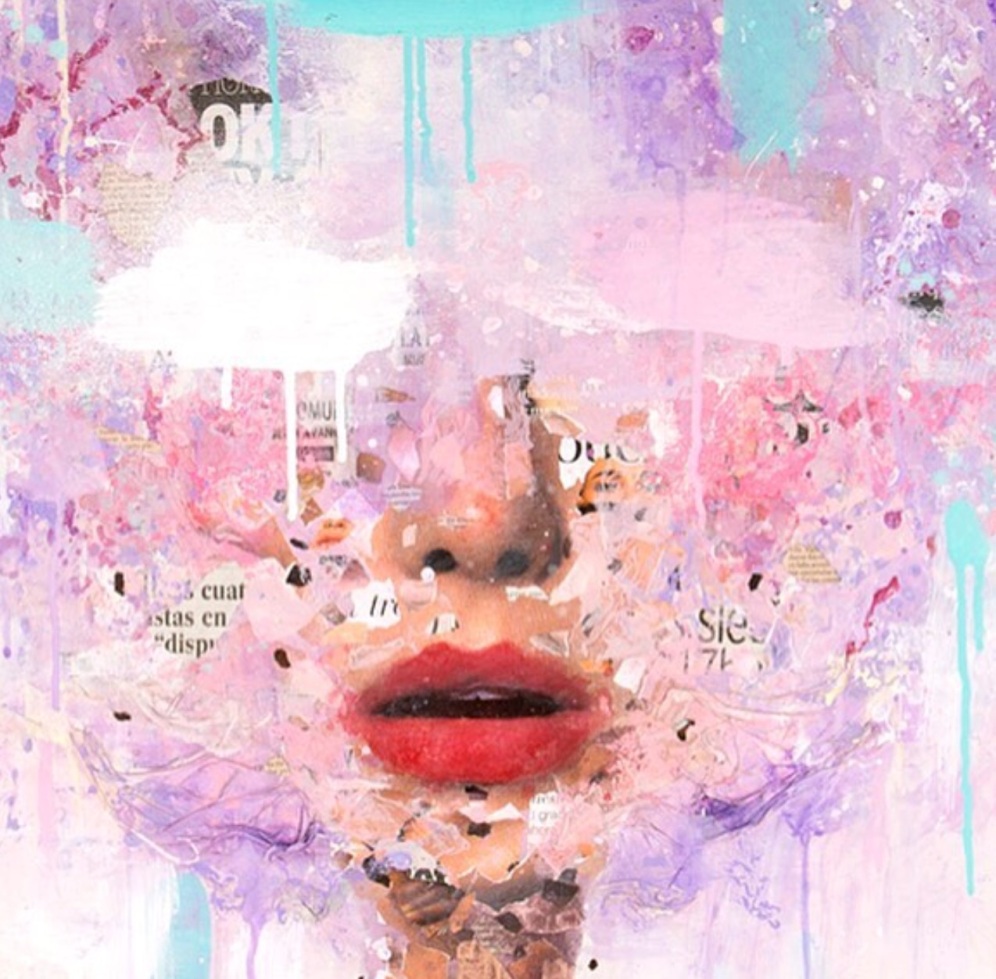 My greatest inspiration is drawn from a very special friend that I’ve met through the means of social media.

This is the story of how a street Spanish mixed media artist became the reason I produce my work today.

I have always been a very enthusiastic art student since my parents were also art students. I breathed everything art but I was also a very “play it safe” kind of girl. I had plans to only do drawings through out my high school career but when my last year came I was so tired of the boring graphite stick. I was yearning for more and my art classes were starting to become a little mundane. I had only painted twice before for an art project and that was purely only because I had to. Paint terrified me, I had no control over it ( it wasn’t exactly the kind of medium you could just erase).

So paint was a no no for me, until I stumbled on the works of Ral. Instagram had reposted one of his works and I fell in love. I fell madly and beautifully in love with the way the paint kissed the woman and smothering her in its soft colours. I couldn’t get enough of them. This is where something inside me had just sparked.

The following days in my art class I would look at the paint tups my hands desperate to be coloured and to be stained. I started  finger painting and experimenting with mixed media till I couldn’t get enough of it. My passion had been ignited and through all of this, the brilliantly talented Ral had replied to the direct message I had sent him on Instagram expressing my love for his work.

Ral had embraced me so kindly that he constantly kept In touch while I worked on my pieces and gave me guidance.

Quite a few months later as I was getting ready for finals Ral announced that he would be holding a competition where you could win one of his artworks. And as you probably know by now…  I went crazy, I had never in my life wanted something so bad that I actually went to extreme levels. I was posting pics of his work everyday begging my followers to like it but that wasn’t were my obsession was crazy. It got crazy when a high school Indian girl tried speaking Spanish to express how much she wanted that painting (yes that was me).

You can watch it here: https://www.instagram.com/p/7lHAb5iC5C/?taken-by=tashalm28

Sadly I never won that artwork but hey if there’s one thing Ral taught me it was to give up and so my fiesta desperation or perseverance lead me to a little surprise in my mail.

Ral  has played an influential role in my passion for paint and I am so grateful to him. So Ral if you see this, thank you, thank you so much.

If you would like to see more of Ral’s work you can find him on: